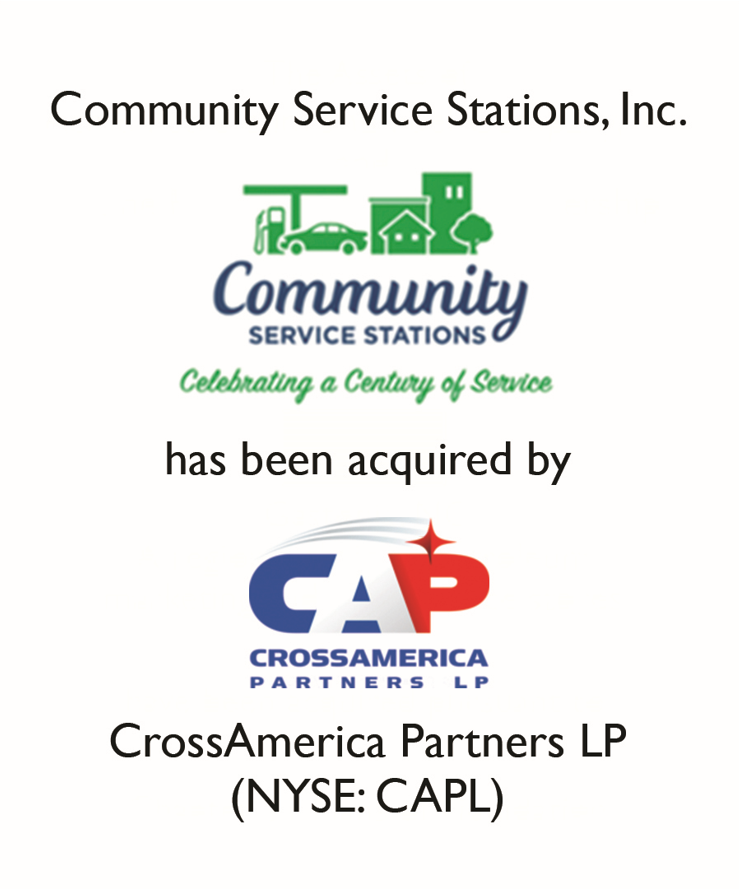 Community Service Stations, Inc. was founded in Boston, Massachusetts in 1918 by George C. Riley Sr. and his business partner, Paul Strang. George and Paul operated a single service station that offered auto repairs and retailed motor fuels. During its first few decades, the Company expanded its fuel offerings into home heating oil and kerosene, constructing one of the first bulk heating oil and kerosene distribution depots in the suburbs west of Boston. George C. Riley Sr.’s son, George C. Riley Jr., eventually assumed the role of President, a title he would hold for 66 years, during which he tripled the Company’s fuel volume.

In 1979, Chris Riley, George Riley Sr.’s grandson, joined the Company and currently serves as President. As the industry shifted to more of a convenience store model, CSS was among the first Mobil-branded distributors to encourage independent dealers to rebuild outdated repair bay sites into convenience stores. With Chris Riley at the helm, fuel volume continued to significantly increase, and in 2011 CSS became one of the four exclusive fuel distributors authorized and licensed by ExxonMobil to distribute Mobil (and Exxon) branded motor fuels in New England.

Chris Riley, President of CSS, stated, “It was not an easy decision to sell the company that we had built over the past century.  The Matrix team provided professional guidance and advisory expertise throughout the entire process and were truly instrumental in securing a successful outcome.  CrossAmerica was a natural fit as a buyer for CSS as they share our long tradition of excellence and strong commitment to their customers and employees.”

Mr. Dooley added, “It is not often that you are entrusted to advise a 100-plus year old company on its exit from the industry. Chris has been a great steward to the industry and evolved CSS into a first-class enterprise; he and his team have a lot to be proud of. We wish Chris all the best in the next chapter of his life and future endeavors.”